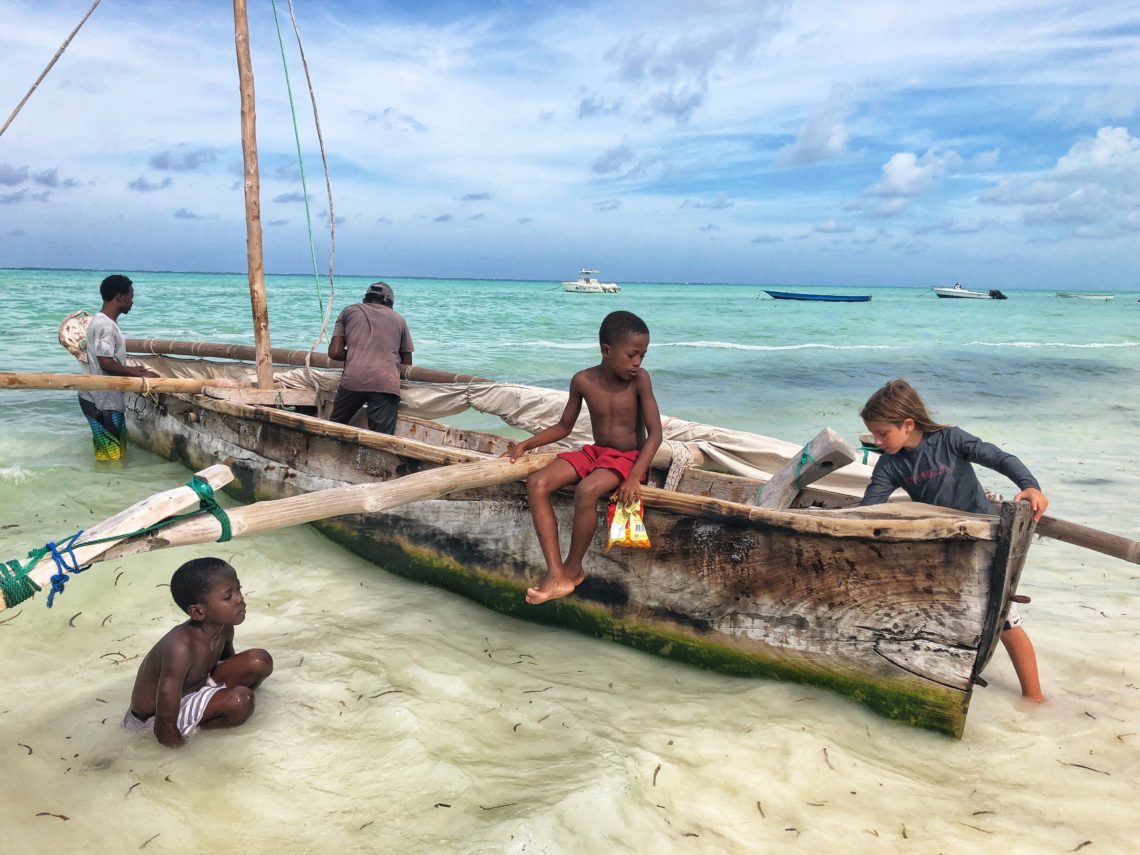 I’ve spent more time in Africa – in excess of three years – traveling, volunteering, and working – than on any other continent on the globe, save my own (North America). In all the African countries I’ve visited, I always experienced a sense of connection with the land and its people. I’ve always been drawn to the vibrant sense of community and I’ve been extremely humbled by the genuine hospitality I’ve received during all my travels. I appreciate the emphasis on community over individuality. I value the foundation of extended family over the nuclear model. I resonate with the sacredness of the homeland.

My personal experience of Africa is ripe with familiar sensations of the land and its people – the distinctive scent of body odor; the long shadows of the late afternoon sun across the expansive landscapes; the hum of the omnipresent fly; the bewildered look of a small child staring at me in curiosity; the leathery skin on the hands and feet of an elder. I’ve been extremely fortunate to have participated in a wide range of intimate cross-cultural experiences over the years – especially volunteering, living, and working alongside locals – which have touched me deeply and provided me with a wealth of sensations and memories.

Although there are indeed many common elements between African cultures, there are also distinct differences between countries and cultures (and considerable variety within each country, too). However, more than any other place, people (perhaps, non-Africans only) often refer to the continent name when speaking of their visit to a particular African country. Maybe they think that the people to whom they’re speaking have a poor knowledge of geography. Or, perhaps it’s naïveté in thinking that all African cultures are the same. Maybe it has to do with the various commonalities that can be found from country to country.

One commonality I’ve experienced is the perception of time, and, subsequently, the pace of life. African landscapes feel very old and sculpted by geologic epochs. Prehistoric. Below the surface, it’s as if a drum beats a tacit rhythm; a slow time signature set to outdistance human existence. People move instinctively in all facets of their lives to this profound and pervasive cadence. And, in the end, time is perceived as something far from anything analytical, scientific, or rational. It’s beyond me. My mind, with its systematic western sensibilities, fails to understand this perspective.

But I see from my own cultural perspective, and with this limited view comes judgement and frustration. So what if the bus I’ve been waiting for comes several hours later than scheduled? So what if the thing we wanted to accomplish today won’t happen until tomorrow (or at all)? So what if people sit around for lengths of idle time? It used to be, on my first journey to Africa many years ago, that I’d fallen into criticizing foreign nationals and their culture for the differences I found hard to accept. My thoughts drifted to such concepts as laziness, lack of motivation and inspiration, inefficiencies, disorganization, missed opportunities, and wasted potential. Eventually, through my travels, I have learned to recognize my ethno-centric thinking and relax the limitations that bring about judgement. But even after all these years, on this recent trip to Tanzania, I still wonder about what seems to me as tremendous potential waiting to be realized. I struggle to cope with knowing that there’s a value on short-term gains over long-term planning. It’s still so difficult for me to see what seems to be sp much wasted opportunity. Perhaps Africa is not for the modern world, nor is the modern world for Africa. Anyway, I recognize that my cultural norms and ethno-centric perspectives are the enemies of my acceptance, tolerance, and appreciation.

All of the thoughts, sensations, and experiences of various African cultures live in my heart and mind, under my skin, and collectively within my being. On our travels through Tanzania, so many of these have come back to me in waves of the familiar. Visceral sensations triggered by common elements of African life have brought back deep memories of my past experiences – the sight of the resplendent red soil in the afternoon sun; the expressions on people’s faces when I make them laugh; the movements of women’s hands as they wash clothes; the sound of herd boys calling their cattle. No doubt, these and other patterns of daily life are deeply imprinted in my heart and mind in rich, warm layers. However, during all my years in Africa I’ve been extremely disgusted by what I’ve experienced in the context of imperial oppression, and by the detrimental effects of European missionaries on the mores, norms, and values of indigenous populations. And, I’ve always felt a profound sense of discomfort. Not in the physical sense (although I have been in numerous situations and places that have tested my mettle), but rather, my discomfort stems from my social and racial status. After all, I’m white.

From time to time, I’ve felt extremely disconnected and alone, as I imagine a celebrity might feel – unable to escape the phenomenon of being a novelty and burdened by constant stares and attention. My white skin distinguishes me and sets me apart without question. Through divine consequence, I was born with light skin. This was not by my choosing. I did not select my race nor my socio-economic class. I didn’t have any control over how and where I came into this world. Nonetheless, I stand, as I have so many times in my travels, as humble as I can, before the people. And, as I do, I feel really exposed. Really vulnerable. I sense resentment in their stares. Real or imagined, I don’t know. Whether people are staring at me solely because of my novel white skin and different textured hair, or whether their stares contain more profound thoughts and prejudices about our differences, I don’t know. Either way, I often feel uncomfortable as thoughts of my membership in a privileged and dominating race swirl around my head.

It’s so difficult for me to get past the unequal racial dynamic created between white and black. I imagine it’s been established by ages of oppression, vast differences in ethno-based perspectives, and huge discrepancies in wealth. Perhaps, in this modern age where oppression continues and information moves at the speed of light, the discrepancies have been exacerbated and pronounced. Traveling with the boys in Tanzania has surely heightened my awareness of our presence and privilege.

When I first stepped foot on the African continent nearly 29 years ago as a US Peace Corps volunteer (Lesotho), I admit I knew nothing of my racial privileges and cultural fortunes. I was naive. I grew up in suburban northeast America shielded from racial inequality and injustice. I had never traveled outside the United States before. I was exposed to the world outside my country by reading National Geographic magazines. I grew up in a land steeped in imagery, icons, and imprints of an ‘imperialist, white-supremacist, capi­talist patriarchy’ª; white men setting standards, dictating legislation, controlling women, amassing fortunes, and building power.

I also lived through an era in America when racial segregation and injustice was being challenged on large, social scales, with powerful, influential leaders such as Martin Luther King, Jr., James Bevel, and Dorothy Height, among others. That was my first and only opportunity to awaken to my privilege. But it wasn’t enough to cause me to see how fortunate I was or admit my racial prejudices. My schooling of racial privilege and power came most significantly through my experiences as a Peace Corps volunteer. The teachings and humility I gained was more profound than anything I’d ever experienced, and, certainly far more than anything I ever taught my Basotho hosts nationals. I had numerous conversations with my students in Lesotho about the USA and South Africa that enlightened me to their perceptions of white people. I struggled in those conversations trying to explain American culture. I struggled as I tried to justify my ostensible wealth against relative measures of cost of living. I struggled as I tried to rationalize the issues of capitalism and consumerism. Overall, I struggled with my status as a white American.

My education was profound! I’ll never forget the epiphany of hearing my students in Lesotho telling me that they believe white people are inherently more intelligent than black people. That sentiment absolutely floored me – and still does. I can’t imagine the scale of systematic oppression that it would take to cultivate such an ingrained and indoctrinated belief. Of course not, I’ve never been oppressed. What a world that such things as racial (and gender) inequality, injustice, and oppression could possibly exist! Where’s the fucking intelligence in all of this?

The impact of this round-the-world journey for me and the boys couldn’t be more significant and relevant in this day and age. When all around the globe, tensions seems to be rising and perspectives polarizing, our most cherished times have been when we’ve connected with local people and their culture in a way that extinguishes our superficial differences, and unites our common humanity. As we’ve traveled around the globe, we’ve been exposed to so many different ways of living, steeped in cultural elements so vastly different than our own – music, musical instruments, dancing, story telling, tradition, history, political thought, agriculture, farming, food, cooking, home construction, transportation, sports, textiles, clothing, education, social structures, family values …. the list goes on and on. We’ve ingested incredible amounts of succulent food for thought, chock full of international ingredients and foreign flavors. We’ve learned so much about the beauty of the differences and have participated in and enjoyed them firsthand. But more than anything, I want my boys to learn that although the world is comprised of individually unique and culturally diverse people, we are all born from the same fabric of humanity that unites us in our quest to live peacefully, love whole-heartedly, and find joy in the moments of this wonderful Earthly existence.

ª  “I often use the phrase ‘imperialist white-supremacist capi­talist patriarchy’ to describe the interlocking political sys­tems that are the foundation of our nation’s politics.”
-From Chapter Two, “The Will to Change: Men, Masculinity, and Love”, by Bell Hooks